Vietnam warned Nakri could be strongest storm of the year 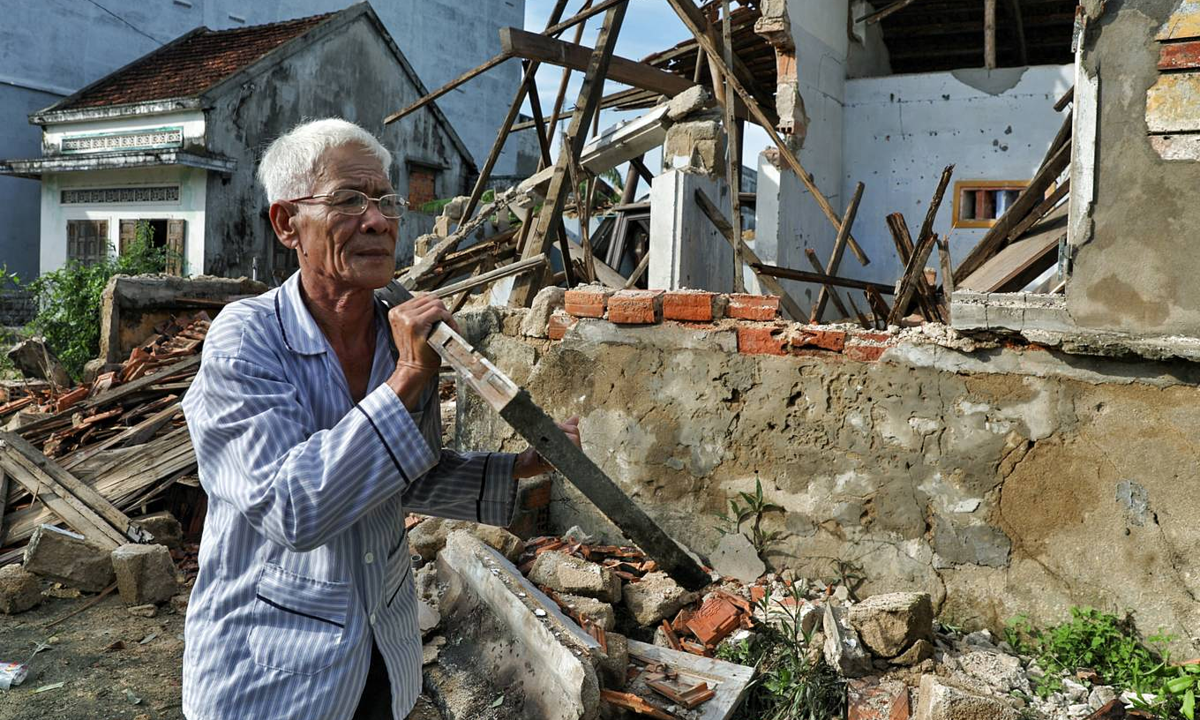 As of 7 a.m. Thursday, Nakri was located about 380 km northeast from the Southwest Cay islet in Vietnam's Spratly Islands, with a maximum wind speed of 100 kph, said the National Center for Hydro-Meteorological Forecasting.

In the next 48 hours, the storm is likely to move west at 10-15 kph, getting stronger on the way. As of 7 a.m. Saturday, Nakri's center is expected to be 190 km north-northwest of Southwest Cay, with a maximum wind speeds of 135 kph, the center said.

By 1 p.m. on Sunday, the storm will be raging around 110 kilometers from the shores between Quang Ngai and Khanh Hoa Provinces, with winds of 90-115 kph.

It is forecast to make landfall in Vietnam next week before weakening further over Cambodia.

The Hong Kong Observatory has forecast the storm's center to be above the sea region between Tuy Hoa and Song Cau Towns of Phu Yen Province with a maximum wind speeds of 110 kph on Sunday, before devolving into a tropical depression in Cambodia the next day.

The Japan Meteorological Agency has a similar forecast, but expects Nakri's maximum wind speed at 92 kph as it approaches the seas off Phu Yen.

The storm is moving on a warm sea region, which provides energy to fuel it, said Mai Van Khiem, director of the National Center for Hydro-Meteorological Forecasting.

Incoming cold air flows into northern Vietnam’s mountainous regions on Friday, combined with a cold anticyclone making its way to southern Vietnam, would create strong winds at the edge of the storm to the north and strengthen it even further, he added.

If Nakri's wind speed reaches 11 on the Beaufort Scale (103 kph and above), a possible scenario by Saturday or Sunday as the storm continues to develop, it would be the strongest storm this year to form on the East Sea, internationally known as the South China Sea, said Khiem.

However, as the storm approaches the shores of south central Vietnam, it is likely to weaken due to a cold sea region below providing less energy, he said.

Rain above 100 mm a day is expected from Saturday night until the end of Monday in localities between Thua Thien-Hue and Phu Yen Provinces, as well as Gia Lai and Kon Tum Provinces, said Khiem. The area is home to popular resort towns Hue, Nha Trang, Mui Ne, Da Lat, and major airports Da Nang and Cam Ranh.

Structures in affected areas have been fortified, and food and medicine have been prepared for long-term evacuation, he said.

Six fishing vessels from Quang Ngai Province are still in the storm’s impact area and would like to take shelter on Luzon Island of the Philippines. The Vietnam Ministry of Foreign Affairs has asked the Filipino Embassy in Vietnam to provide good conditions for Vietnamese vessels to take shelter as needed, the Vietnam News Agency reported.

Vietnam is hit by up to 10 tropical storms during the southwest monsoon season, usually between July and October. There were nine last year.

Vietnam warned Nakri could be strongest storm of the year